You probably already know that rodents pose a significant threat. You’ve probably heard a lot of the statistics circulating about how many rodents can be found in both urban areas and the countryside. Do rat diseases pose a significant threat to you? Is it time to invest in some pest control services to make sure that rats don’t cause diseases to you, your family, or even your workforce if you run a commercial operation.

In this article, we’re exploring some of the dangerous rat diseases that can be passed on to humans and answering questions on what diseases do rats carry that may be harmful to humans.
Before we dive into the specifics, it is important to say that if you have any doubts whatsoever about rats, or suspicion that rats may be bringing diseases into your property, it is worth talking to pest control professionals and putting control measures in place. Rodents can cause a significant risk to humans and it simply isn’t worth taking any chances.
So, what diseases do rats carry that you should be worried about?

Tularemia is carried by rats, rodents and other small mammals such as hares and rabbits. The symptoms can include chest problems and difficulty breathing. It is a pneumonic plague and the bacteria can spread through your bloodstream. This can greatly damage your lungs and cause serious health problems.

This can be life-threatening if not treated and symptoms include a very high temperature and fever. It is usually treated with antibiotics and while most cases don’t cause loss of life it is a very serious disease.

Hantavirus is a very serious condition that can kill. It has been found to spread through deer, mice, and rats. It can progress and cause HPS which stands for Hantavirus Pulmonary Syndrome. This can cause a loss of life.

Symptoms don’t usually kick in for over a week after you’ve been exposed to rodent dropping, urine or saliva. Symptoms include a fever, aching, dizziness and nausea, stomach pain, vomiting and more. This is a disease that is a living nightmare to experience. There’s no specific cure, but treatment can be offered and many people do make a full recovery.

Something you may associate with food preparation more than anything, salmonella infection can be spread by rats and other rodents. Though most people make a full recovery, salmonella is a horrible disease that can cause sickness, nausea, diarrhea, and fever.
Salmonella food poisoning can cause you to miss weeks of work and become very unwell. In extreme cases, you may be hospitalized due to side effects like dehydration. If you have a weak immune system, salmonella can kill. It is especially risky for young children and the elderly. 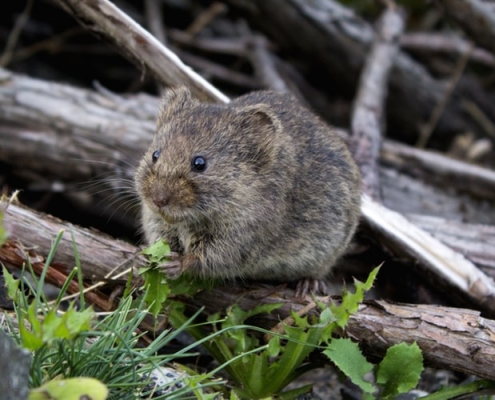 When you are asked what diseases do rats carry you may instantly think of the plague. It caused millions to perish historically and although we have antibiotics now, the plague is not confined to the history books forever, and people still suffer from it today.
There are different types of plague such as Septicemic, Bubonic and Pneumonic plague, all of which cause different sets of symptoms.

All of them can risk the loss of life and the plague can spread very quickly. Though it seems crazy to be worried about plague in modern times, it is definitely an issue if you live somewhere with a rat infestation and pest control services and rodent control are essential to make sure this kind of serious disease does not have another big outbreak.

Getting bitten by a rat that has any sort of infection can spread that same infection to your wound and cause pain and complications.
Rat-bite fever is sometimes referred to as RBF and, perhaps confusingly, it can also be caused by bites from other animals such as squirrels and mice, or even infected cats. It is most commonly caused by rats.

If you are bitten and experience a lot of redness and a rash with purple or red bumps then you could be suffering from RBF.
The outlook is usually not as serious as some other conditions but it will still need antibiotics to clear up and there can be a lot of swelling, redness, fand pus in the meantime, as well as other symptoms as your body tries to fight off the infection.